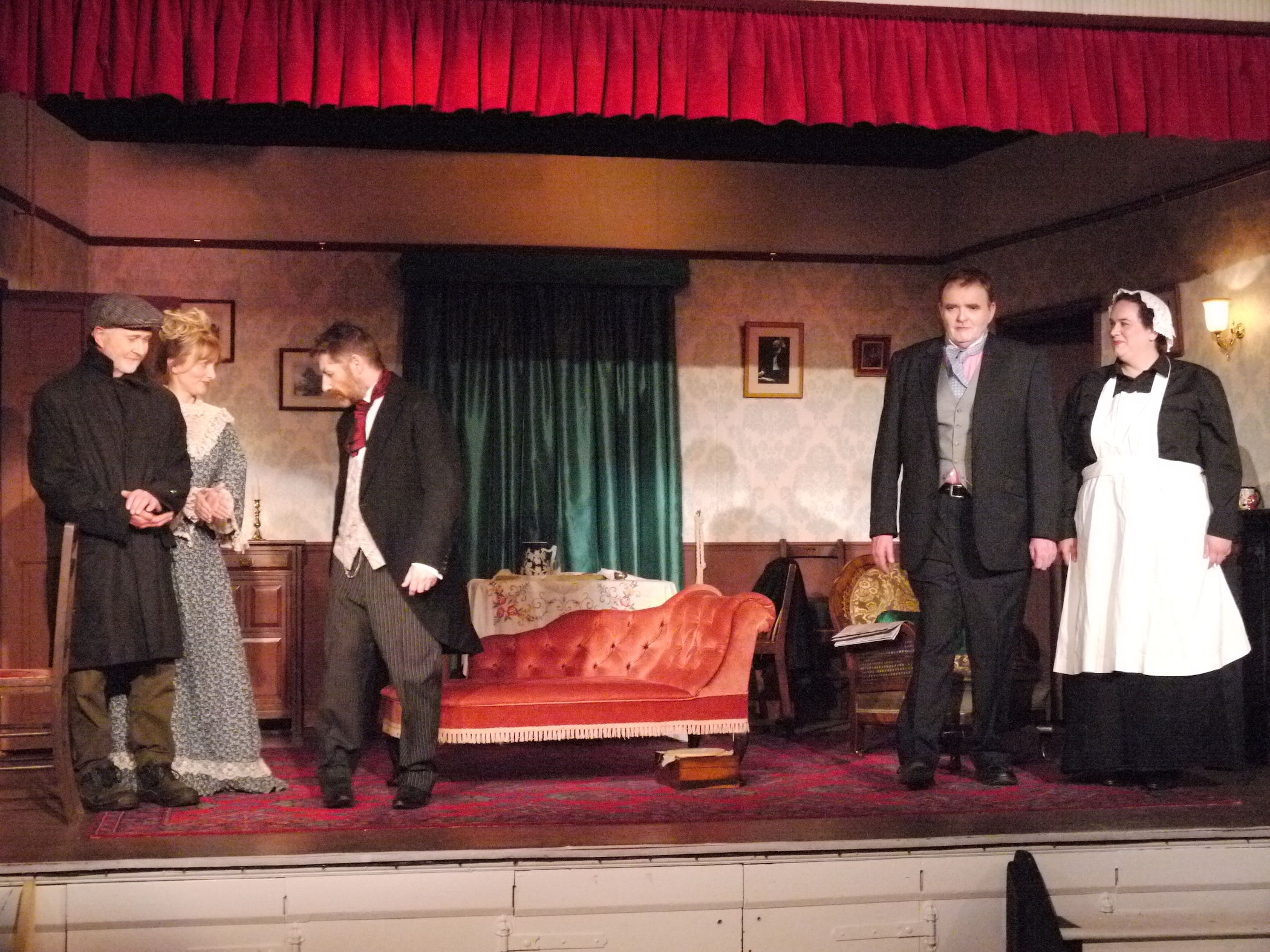 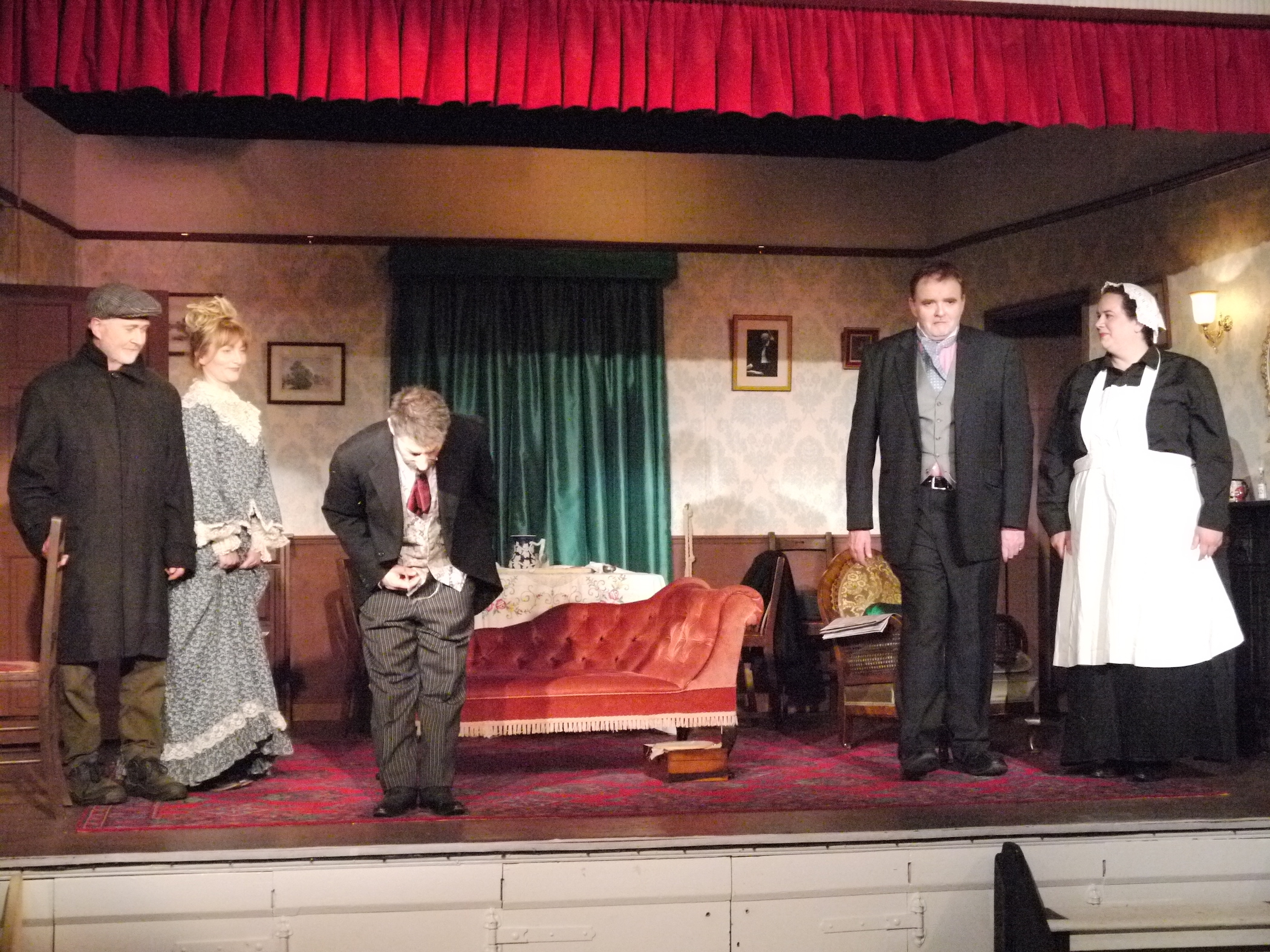 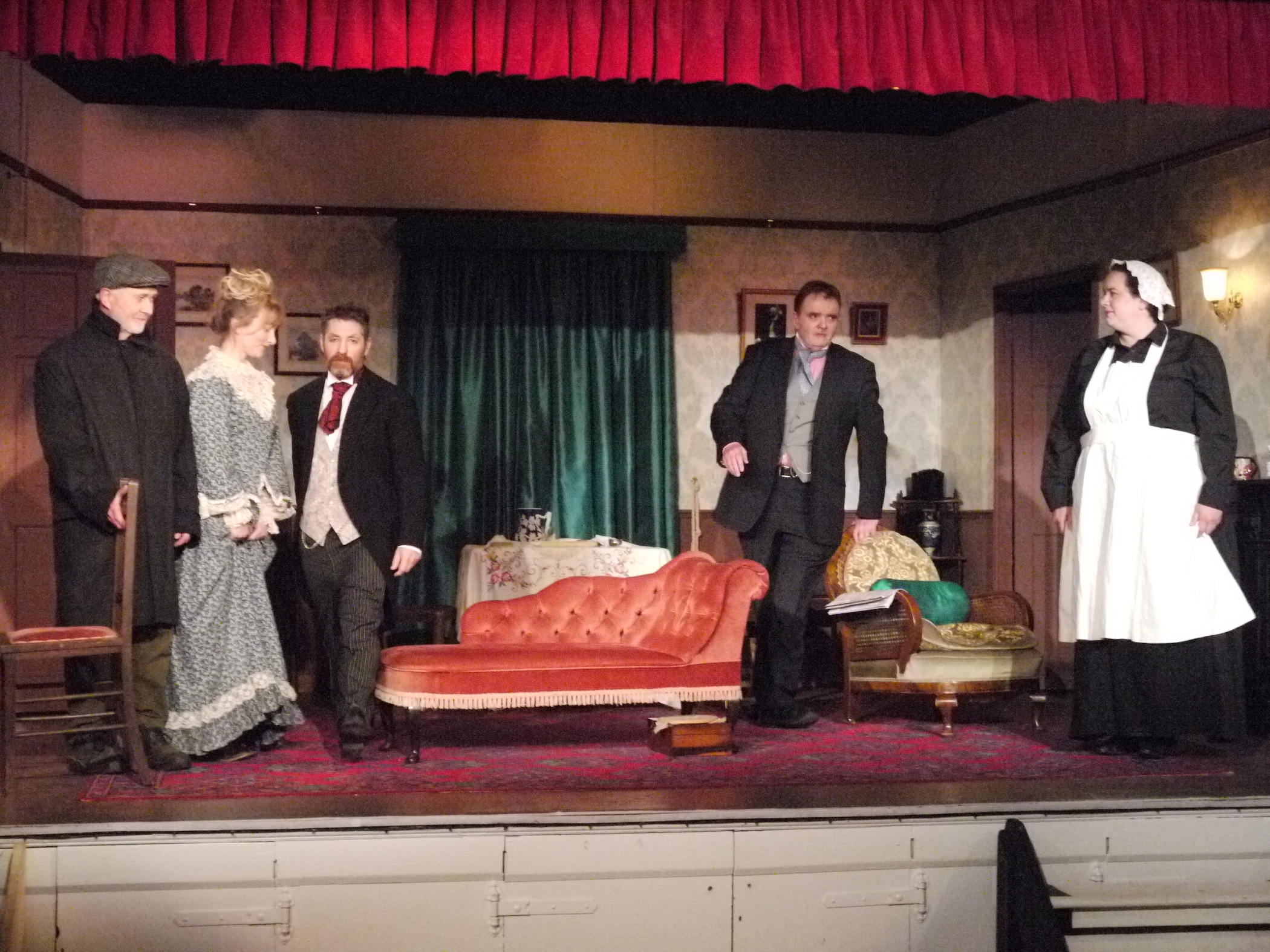 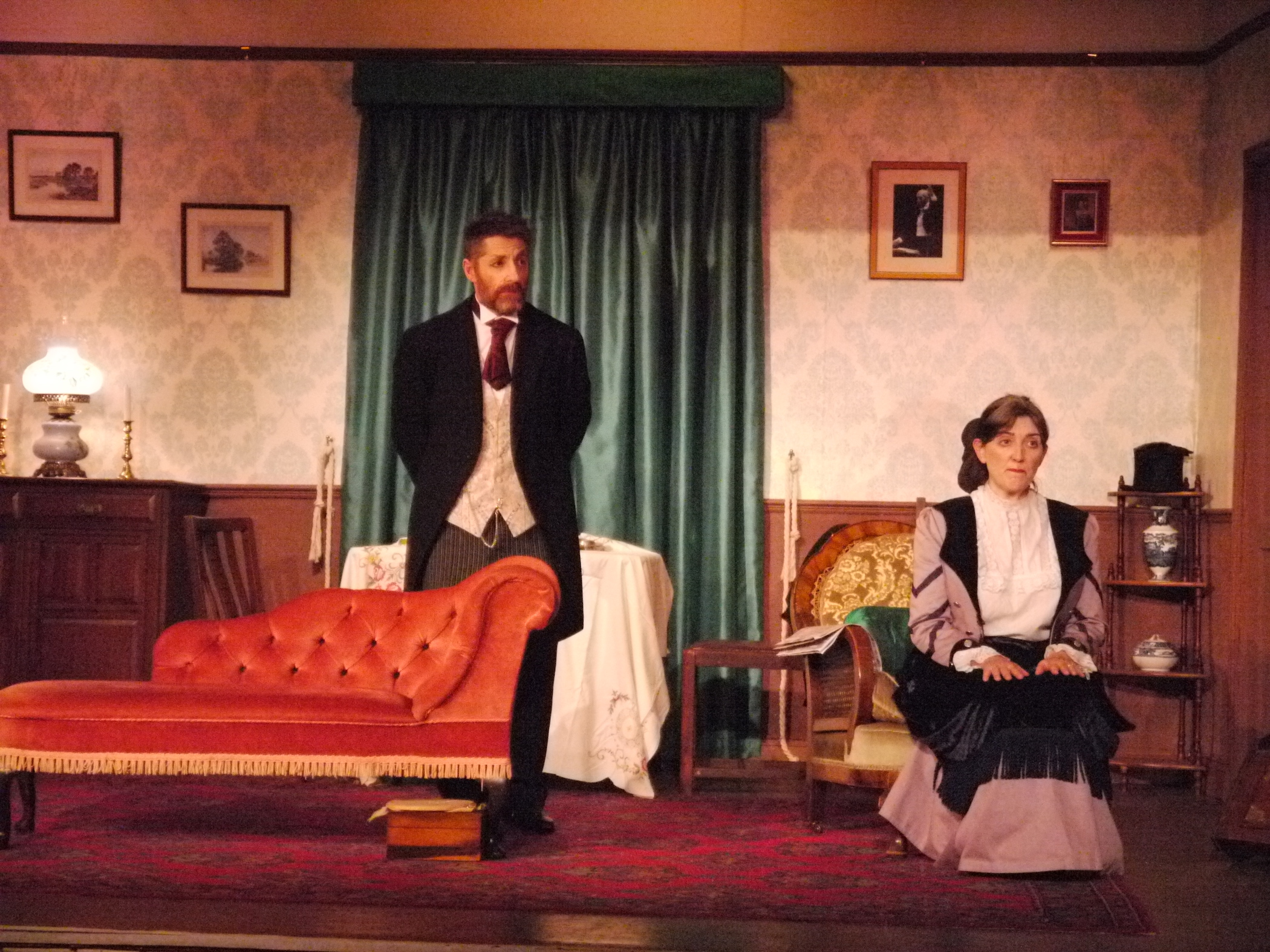 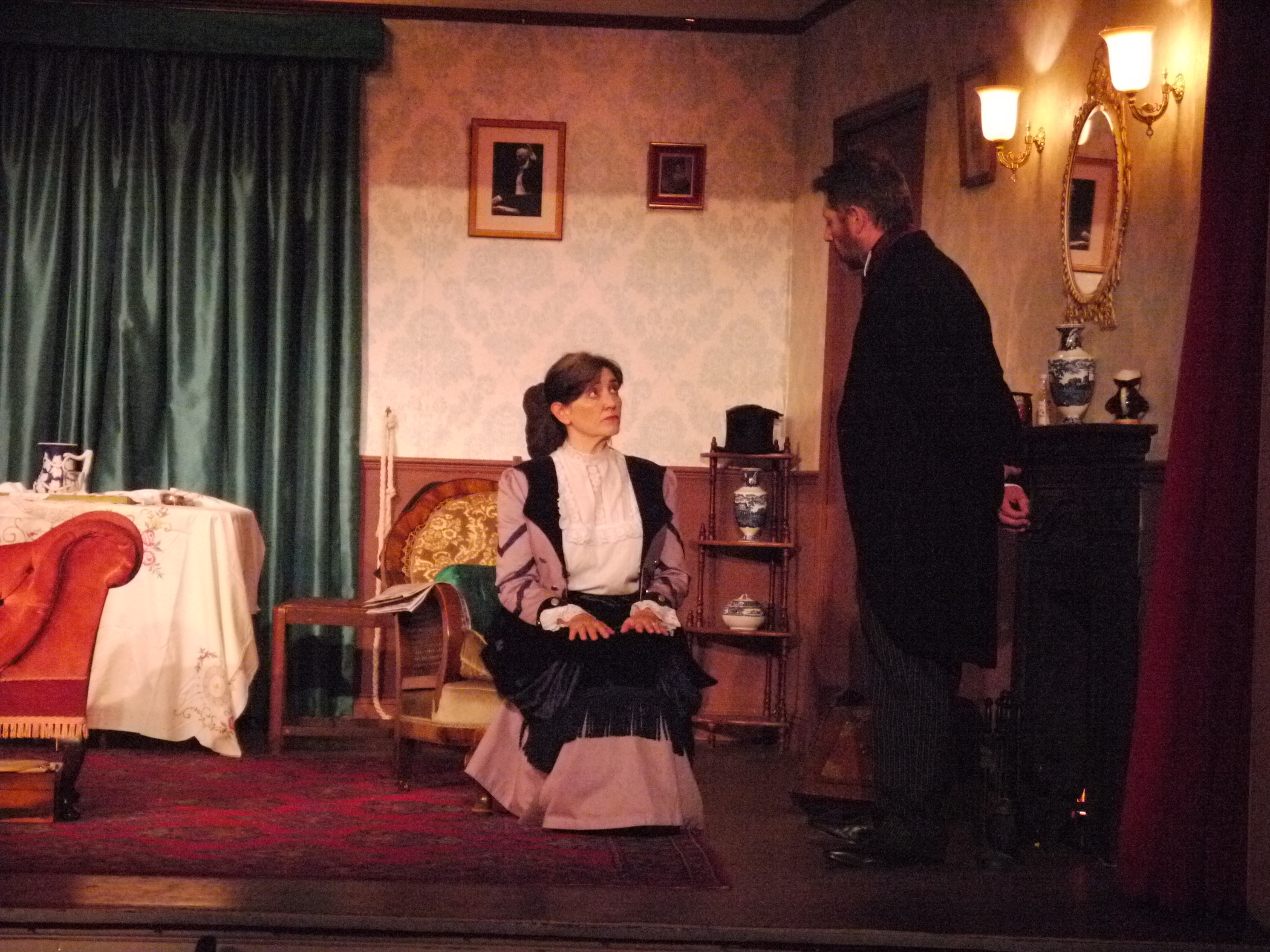 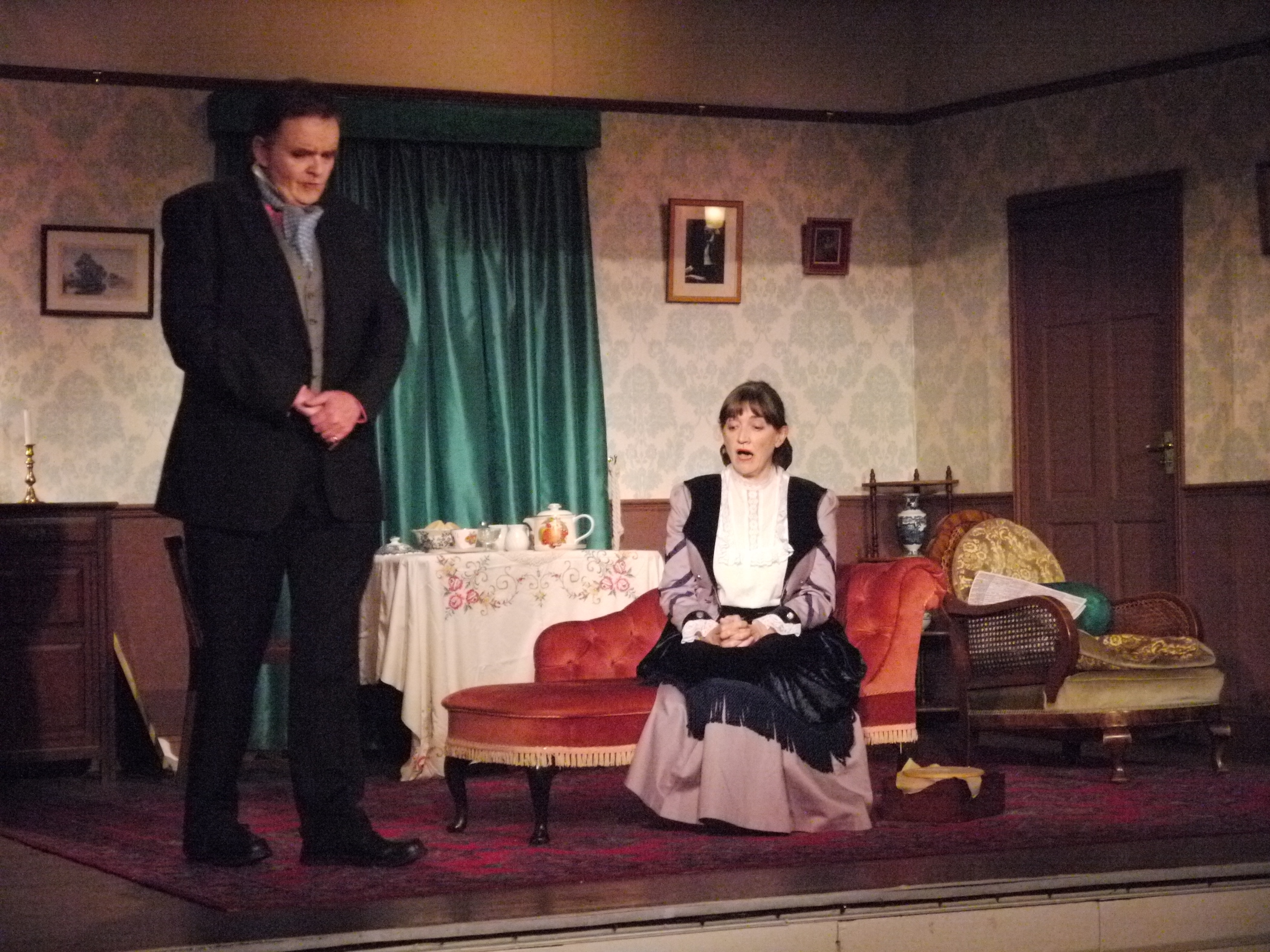 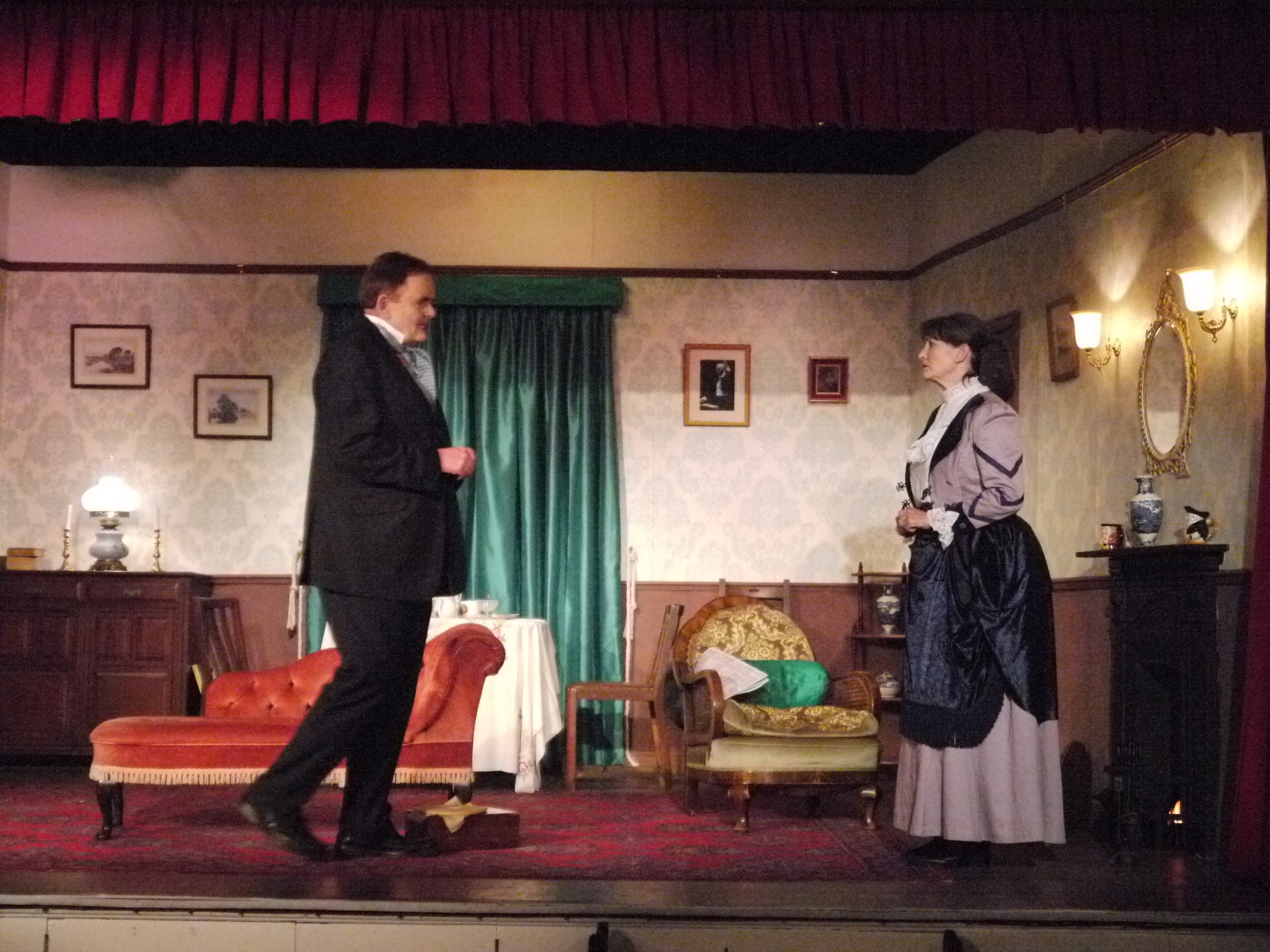 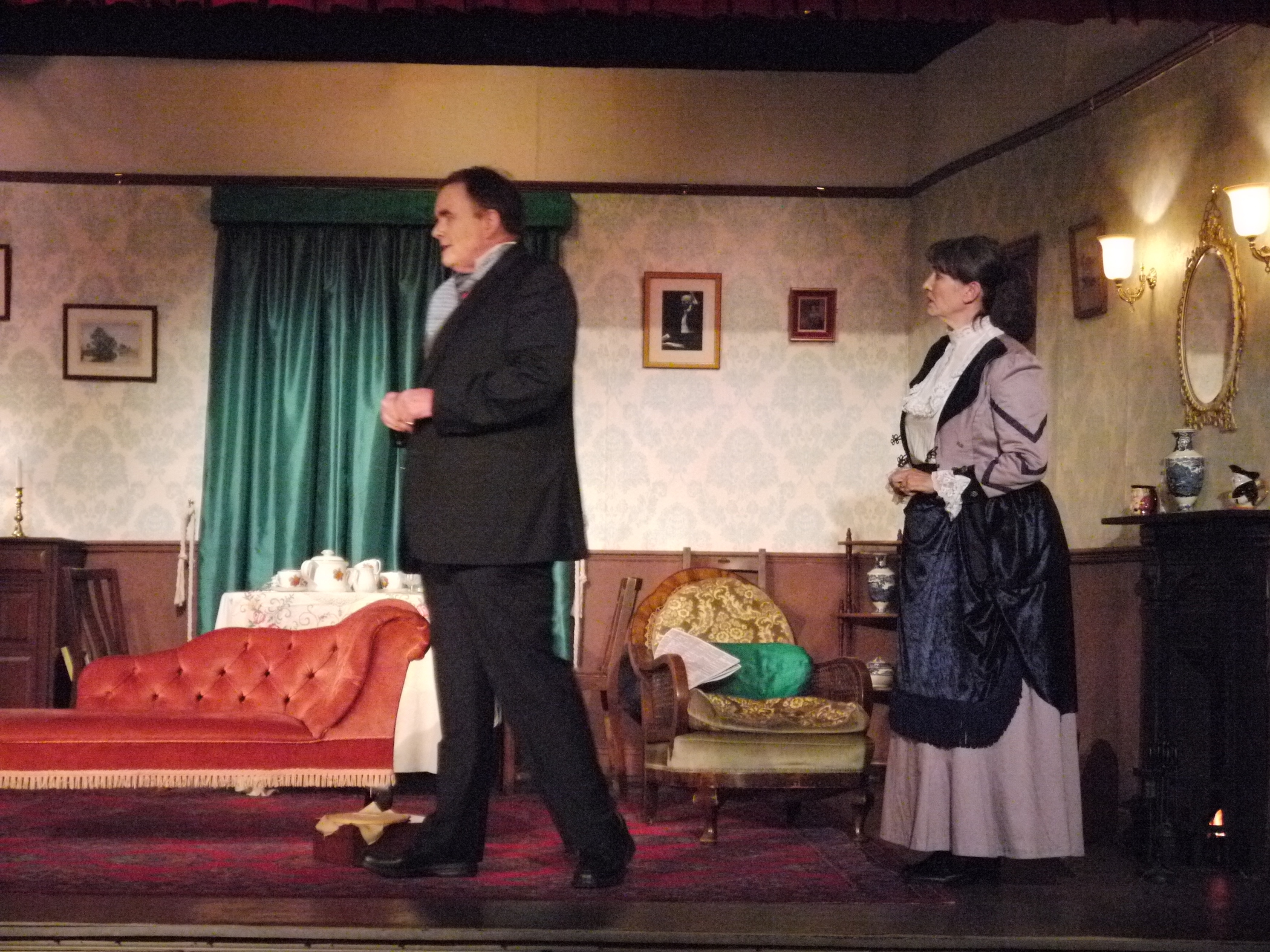 This classic Victorian thriller was first produced in 1935. Jack Manningham is slowly, deliberately driving his wife, Bella, insane. He has almost succeeded when help arrives in the form of a former detective, Rough, who believes Manningham to be a thief and murderer. Aided by Bella, Rough proves Manningham’s true identity and finally Bella achieves a few moments of sweet revenge for the suffering inflicted on her.

On the strength of this play, and subsequent films, the term “gaslighting” became part of our language. Whilst not new in behavioural terms, it has only relatively recently been recognised as an insidious and cruel form of domestic abuse.

Although written in the 1930’s, the author chose to set it in the late 19th century, partly because of the widespread use of gas for lighting, but also to use the rigid structure of the victorian upper middle-class family. Victims had no recourse but just had to live with it. It is frightening to think that Jack only needed the opinion of two doctors for Bella to be put into an asylum.

Human nature being what it is, this sort of behaviour is still with us, but at least now the victims (mainly, but not always women) are recognised as such, help is available, and the law acknowledges this abuse for what it is.